This is my least favorite part about being a SAHM

I used to think that I had a pretty good immune system. I was one of those people that never took a sick day from work (well, I did but I wasn't sick. I was either at the beach or hungover...). I never had to see my doctor. I never took medicine. That was before I had kids.

Now, whenever the kids get sick, I get sick. They don't get sick often, for which I am very grateful. But this past weekend was one of the few times they got sick. Not the worst I've seen (like both winter bugs last year) but pretty bad nonetheless. This time I wasn't pregnant so I think I fared better. They had full-on vomiting and diarrhea while I was mostly just nauseous and unable to eat much for a couple days. But even that is almost too much to deal with when your kids are covered in vomit and crap and you still have to nurse a baby. It's so hard to get better when you can't get your rest. No sick days for Mommy.

Also, I was lucky this time because it happened mostly over the weekend (yesterday was a bit rough and Billy left in the afternoon but I managed). Having a travelling spouse when you're a SAHM really sucks when you get sick. It's not like I can simply ask him to take a day off. And my family is more than willing to help but they all have full time jobs so there isn't always much they can do.

I know a lot of you will say this is why I need a regular babysitter but that's actually a post for another day. Let's just say we're working on it. Although, I'd have to be really comfortable with someone to let them be in my house while I'm tossing my cookies upstairs. Just sayin'.

We're better today, though, and the temperatures are above zero (Fahrenheit, that is...) so things are looking up for this SAHM. Hope all of you are feeling well!

Email ThisBlogThis!Share to TwitterShare to FacebookShare to Pinterest
Labels: about me, illness, SAHM 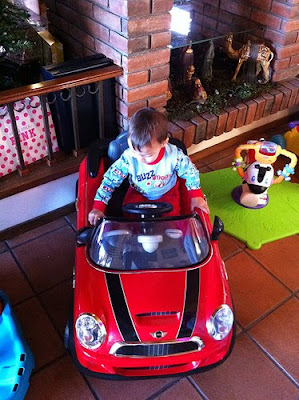 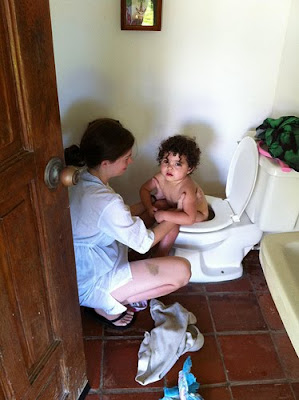 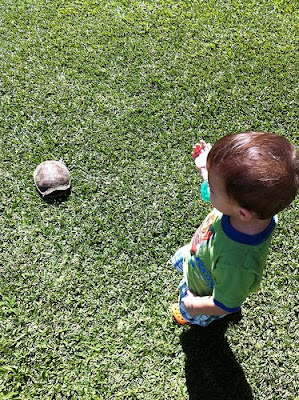 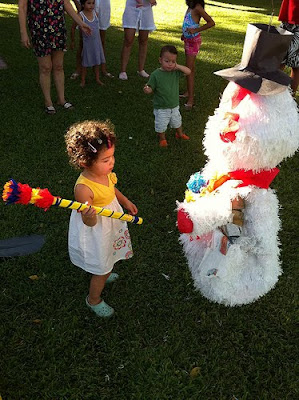 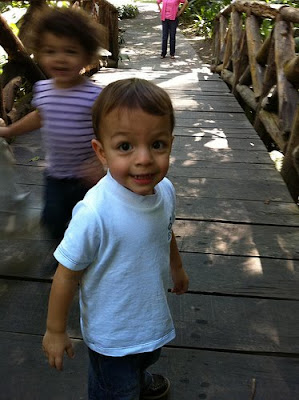 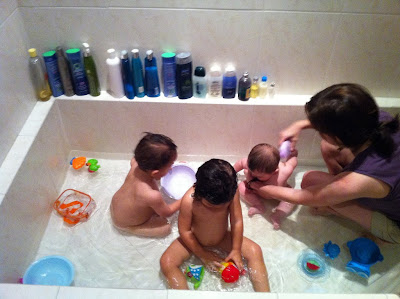 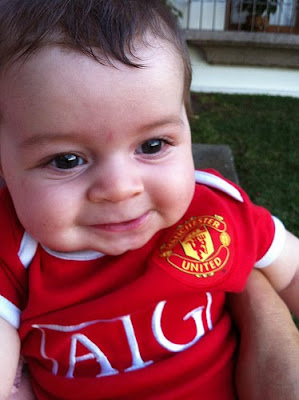 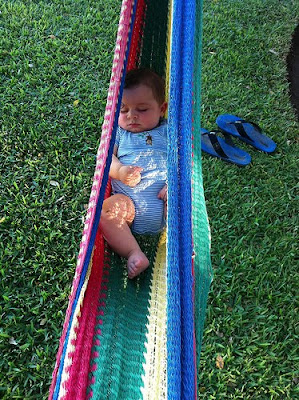 Blame it on Christmas, El Salvador and the iPad

It has been over a month since I have updated here - definitely my longest stretch to date. I have no good excuses but my lame excuses are that I had too much to do for Christmas, I was in El Salvador for 2 weeks and I have been playing with my new iPad non-stop. (I know I can blog on my iPad but my typing skills are already horrible and only get worse when using the iPad.)

I have so much to write about that I'm not sure where to begin. It was Matteo's first Christmas. It was the first Christmas where the twins understood that they had gifts and knew to unwrap them. Hopefully next year they will know not to unwrap other people's gifts. We began 2 new Christmas traditions: Christmas pajamas (on Christmas Eve) and Christmas croissants baked by yours truly. It was my first time making croissants (used the bread machine to make the dough) and they came out OK: A- for taste, C for looks.

Three days after Christmas, we got on a plane (and then another) to head to El Salvador. I was really anxious leading up to this trip - I am pretty comfortable being outnumbered by my kids when I'm at home or out and about in familiar places but running through airports to make connections, not so much. In the end, the trip was fine. Sebastian and Collette were great, mostly thanks to copious amounts of snacks and the potable DVD players. Matteo did well but didn't nap as much as I would have liked. He did poop though, which may not seem weird but he only poops once a week. And he saved it for the plane. And then he did same thing on the way home. Figures.

Being in El Salvador was great. Billy has all the pictures on his iPhone and we haven't been home long enough to upload them all to my computer but I'll be sharing them soon enough. With so many adult hand around, it truly was a vacation. Next year will be even better since I won't be nursing a baby every two hours. The beach was so much more fun now that the twins are a year older. Last year they didn't even know how to play in the sand. This time, they could have done it for hours! The ocean was a bit overwhelming for them, even though it didn't have waves, but it's just as well. One less thing to worry about.

And now, we're back home, covered in 2 new feet of snow. Leading up to Christmas and New Years I had been very exasperated with life. But our vacation did its job and feel renewed and energetic. Lord knows I need it!